The British Fantasy Society are saying some nice things about Vaults of Winter, here, which should be just the help I need to find my way through the sequel, Tears of Isha. I’m into the second half now, and finally starting to see the wood for the trees, as it were. Setting up so many plot strands and characters in book one has turned this into something of an epic journey – certainly my most involved piece of writing so far – but it’s been great fun indulging myself. My first novel took me four months to write, but this beast is going to be more like a year in the making. The cover, by Slawomir Maniak, is already out there on the interweb, and looking very pretty. 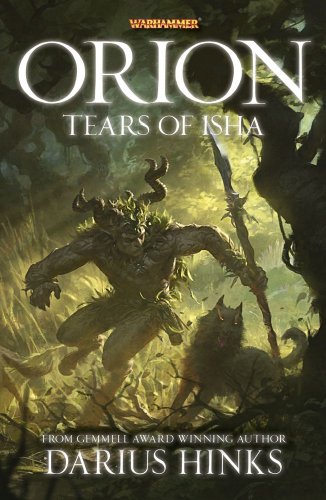 Who knows where the time goes?

Ha! Who’d have thunk it? People remembered Cable and Cable remembered how to play. I bet even Nostradamus didn’t predict that. Now I can head back to reality knowing that Cable isn’t just about lawsuits, money or bitterness. Thanks to everyone who kept a place for us in their record collection and trekked across the country to see us. I don’t think any of us expected such an incredible response. It was all pretty humbling.

Before the gigs we managed to cram in a few rehearsals at our old room in Derby (an unbelievable shit tip called The Bakery). A photographer friend of ours named Brian Whar spent one of the days with us and took some pictures. I think we needed him there to diffuse the tension as much as anything (we weren’t convinced we could actually play the songs) but he also snapped some great photos while he was there. I’ve included a selection below and you can see lots more of Brian’s work on his own site when he gets back online in the new year. 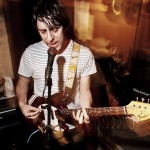 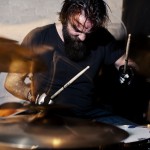 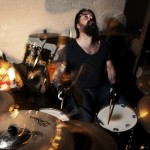 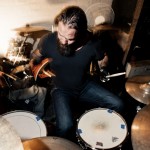 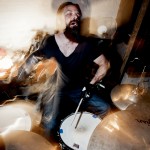 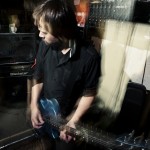 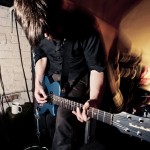 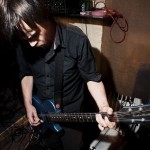 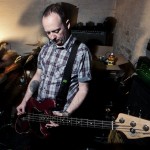 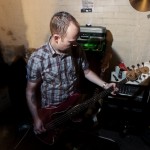 I see a darkness

I was talking to someone this morning about my latest novel. She said some very kind things, but the first point she made was how dark the book was. We both felt this was the most important aspect of the story.

It occurs to me now, as I daydream over a cup of black coffee, that in genre fiction it’s crucial, at every juncture, that an author can claim their work is ‘darker’ in tone than any previous fiction based on the subject matter – or at least darker than their own previous work. Obviously we’re not talking about dingy lighting in the prologue or how much of the story is set in a broom cupboard. No, in this context, ‘dark’ just means ‘better’ and it’s become a cardinal rule.

If you want to reinvent a superhero, don’t announce that you’ve produced a much lighter tale than any previous films. And it really wouldn’t go down well if you said you’d focused on the more positive aspects of the character. Even the Harry Potter franchise garnered a little critical acclaim when the tale took a ‘darker’ turn. I wonder if this has always been the way. Were adventure stories always judged on their bleakness? Is there a critically acclaimed Biggles adventure that gives an insight into his tortured soul? Or is there some great significance to the fact that we will no longer accept stories unless they reinforce our worst fears about human nature? I think I’ll just put some milk in my coffee and lighten up.

In an attempt to get my writing back on track, I’ve bought a posh new shed (see artist’s impression, above). As well as being the last bastion of Krypton’s legacy in Nottinghamshire, it will hopefully enable me to complete the second part of the Orion trilogy (my study was recently invaded by teddy bears, children’s books and several miniature pirate outfits). Crucially, I’ve also managed to get hold of an old print, showing a strange man with an impressive moustache. He’ll look great in the writing shed and I’m thinking that his benign, thoughtful gaze will spur me on to greater efforts. Mind you, someone pointed out that he looks a bit like a friendly Dr Crippen, so I suppose it’s possible I’ll end up in some kind of acid bath. Either way, whether writing or melting, I’ll be doing it in the comfort of my own weatherproof literary haven. 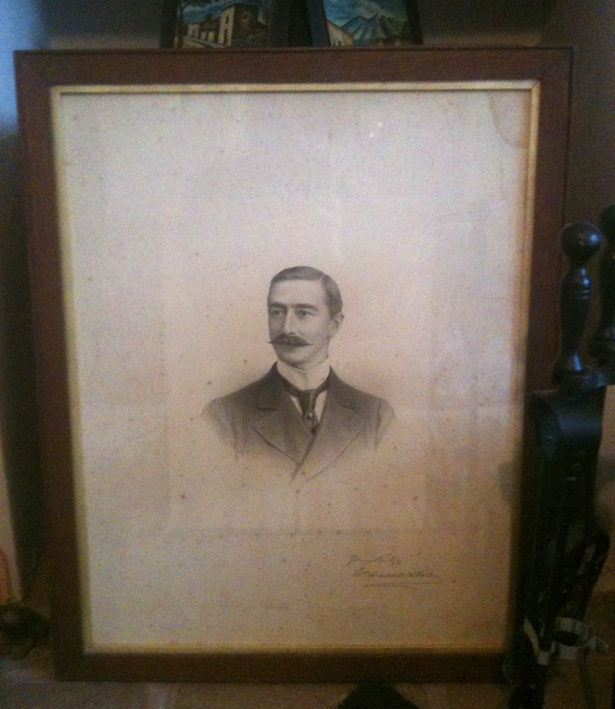 If the shed can’t save me, then perhaps nice reviews will. The folks at The Founding Fields have already read their advance copy of The Vaults of Winter, and they’ve said some very kind things. You can read the review here:

Cable – back from the dead! 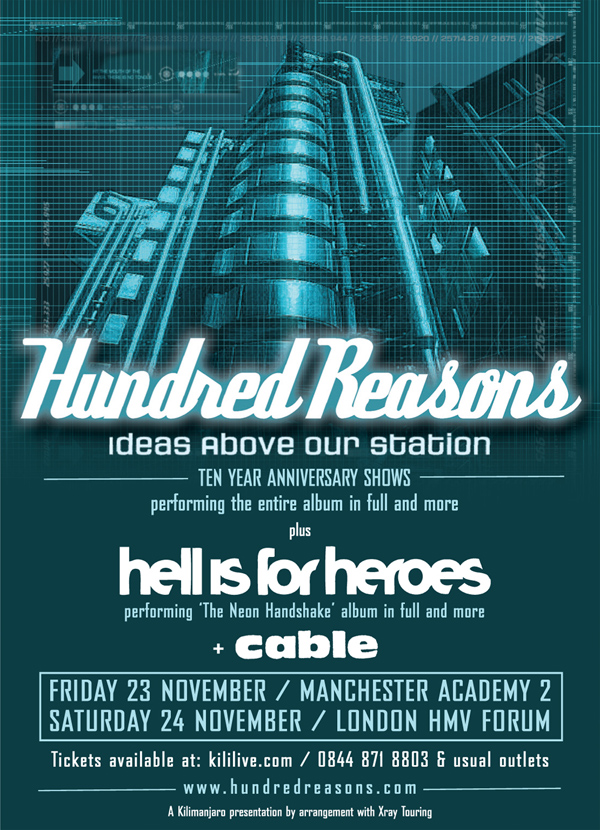 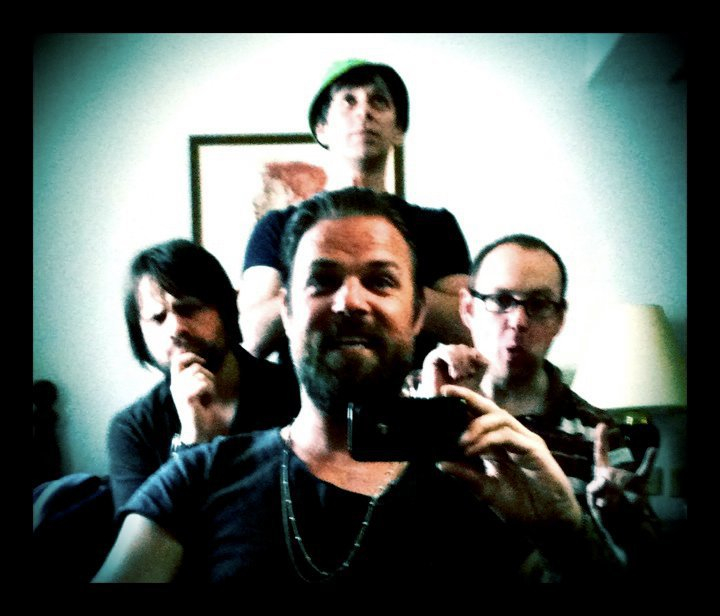 It’s true! We’ve dusted down our Zimmer frames, bought some new teeth and teamed up with Hundred Reasons and Hell is for Heroes for a couple of gigs. More details here:

We haven’t played together since around the time of the Boer War, but I’m sure it will all come flooding back. I just need to drag myself away from Antiques Roadshow for long enough to find my guitar. We even have a comprehensive, fully interactive website (this baby cost thousands, I can tell you).

For those of you too young to remember us, this is how we looked in our heyday (I’m the chubby faced child reading the Beano.) As you can imagine, with clothes like that we came very close to being the next Wham. Who knows, if this comeback goes well, it could still happen. Or maybe we’ll get to hang out with Tom Jones and those other people on the telly. I’d really like one of those big chairs. 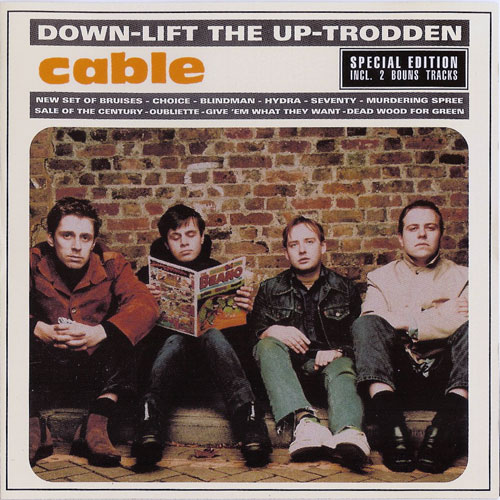